you should totally eat something

After The Duke lost his Geography Bee, I asked how his day went when I tucked him into bed. It was a quiet night in our house and in the calm, I expected a heart-to-heart about his disappointment. “I had the best day!” he replied. I asked why and he said he didn’t know.

I thought back as to what we did that day a pattern emerged:

He woke. He ate oatmeal. He dressed and ate my apple and then his apple during our car ride. We also had another breakfast of scrambled eggs, a waffle, and toast and then donuts at the campus coffee shop before the competition. After his competition, he ate half a tray of free baked goods including brownies, lemon bars and 3 kinds of cookies while we watched the final round. Then, we ate a late lunch at Burgerville, had a round of snacks in the car and then he ate 3 bananas when we arrived home. He played with his siblings and ate 2 rounds of dinner and then played some more with the neighbors and then ate as much cake as he wanted to celebrate doing new things together. Then, he cleaned the kitchen while eating leftover pasta and salad. He then played mine craft while he finished a bowl of cereal before bed.

Thinking about The Duke and His Good Day, I felt like I was meeting him for the first time as an 11 year old. He is no longer my snuggle bug with the squishy cheeks. He is muscle and hunger.  A good day to him isn’t a lovely car ride with me to Western Oregon University. A good day to him is eating with abandon and without distracting siblings or interrupting school schedules. A good day is filled with food.

I asked him the next morning if he thought my assessment accurate. He rolled his eyes and said he for real didn’t know as he finished my toast. Thank heavens he hates my coffee. P.S. YOU SHOULD TOTALLY EAT SOMETHING 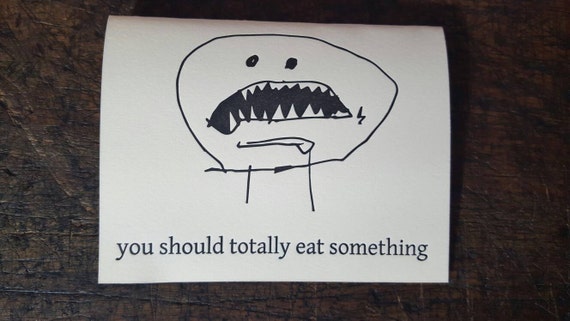